Ayam Bakar Wong Solo or Wong Solo Grilled Chicken is originated from Solo, Central Java, Indonesia. This is a franchised restaurant network which has now expanded to Malaysia. So far, they are available in KL with two outlets, one is at Kampung Baru, located near to Kampung Baru mosque and the other one is located at Taman Dagang, Ampang.

The specialty is of course Ayam Bakar or Grilled Chicken. There are also other Javanese food specialties such as Ayam Penyet or literally translated 'steamrolled' chicken and Gado-Gado. Unlike Padang foods originated from Sumatra, which have a lot of gravies, Ayam Bakar Wong Solo is eaten without much gravies, just like typical Javanese food.

I have tried both in KL and Solo and the qualities indeed were the same. My favourite is for sure Ayam Bakar set which includes sambal (chilli paste) and salad. I also order for Gado-Gado as a side dish and my favourite drink is Avocado juice, thick drink with a little bit chocolate put inside.

It's really worth trying but bear in mind, don't ever take sambal if you cannot stand hot food. Ensure you standby with plain water and ice if you would like to try one.

Posted by stROZze at 8:41 PM No comments:

The finale was on air. Congratulations to Sam and Vince for winning The Amazing Race Asia. I'm very pleased to see them winning. For me, they are 'neutral' team and they deserved to win although with a little bit of luck.

Actually throughout the race, of course I'm from Malaysia, I supported Malaysia team - Ida & Tania and Henry & Bernie. However, I preferred Ida & Tania. Didn't know why, perhaps their joyful attitude attracted me. In the last show, I really hoped Ida and Tania would win the race. Nevertheless, luck was not on their side. Having trapped in the sand and missed the flight cost them dearly.

Since the last few episodes, personally I hated the Filipino couple, Geoff and Tisha. Geoff was so arrogant and unsportsmanlike. Every time they were ahead, he was full of arrogance and over confident. They were the only team who bullied the other teams. In one episode, they got Henry & Berny waited. In another one, they got the coolest couple, AD & Fuzzie to make U-turn. I couldn't imagine if I were them, having so tired and stressful, I would have put a punch to Geoff's face. Thank God they didn't win! I was amazed with AD & Fuzzie, they got that far as the only team who never ran!

I would like to comment few mistakes done by the couples during the final race. During the desert activity where the racers must drag the camels into the cage, Vince did a mistake. 'Shu' is a universal language between human and animal that means go away! When he said 'shu' it meant he wanted to chase away the camels whereas he was still holding to the camels. That's why all of us could see why the camels wanted to distance between themselves.

The very last mistake that proved dearly to Filipino couple was not to use right balance of force when canoeing. Rowers normally exert force on one side and follow with the other side. If we start with the right hand side, all rowers must start with right hand side. Then, move to the left hand side. They didn't follow this and rowing in a circle is a normal mistake a novice or an inexperience does. Too much force on one side, for example those right-handed exert too much force on the right but less on the left, can also cause the canoe not moving.

Anyway, the race was over. Congratulations too all participants for having such a wonderful experience and of course got chance to travel to many countries FOC! Hope to see a more challenging race next year!

Ayam Penyet (in Indonesian) or Ayam Penyek (in Malay) is one of the famous Indonesian food. A place that I would like to mention is not in Indonesia though, but it is located in Singapore.

If you go to Orchard Road, you may find a restaurant located on the 2nd floor of Lucky Plaza. There are a lot of Indonesian food varieties and Ayam Penyek is the specialty there. Ayam means chicken and basically this is fried chicken served with fried tofu, salad and hot spicy chili sambal. If you don't fancy eating hot and spicy food, try to avoid eating sambal as to some native Asians, this is considered hot. Nevertheless, you can still enjoy the tasty fried chicken.

I might call this place as 'Mini Indonesia' as there are a lot of patronages from Indonesia. While eating, you can listen to popular Indonesian songs. The owner is in fact an Indonesian from Surabaya, East Java. 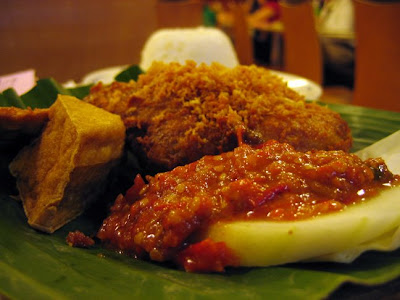 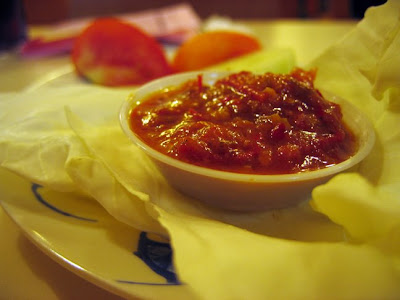 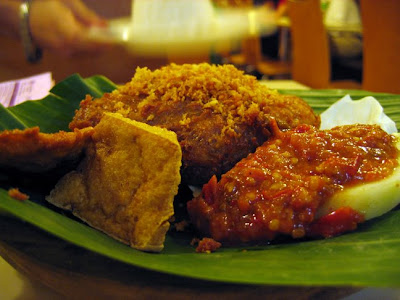 Esplanade - Theatres on the Bay is located near the mouth of the Singapore River. This is the place where concerts, theatres, arts and cultural performances take place. The site was the former "Satay Club" which was one of the famous eating place among Singaporean.

Esplanade is located near the Padang and just few minutes walking distance from the famous Merlion which is located on the other side of the Singapore River. 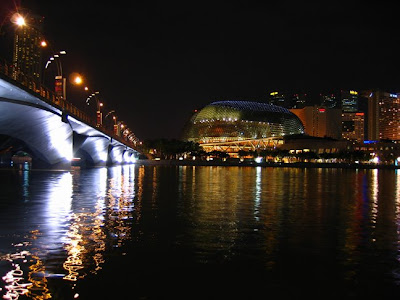 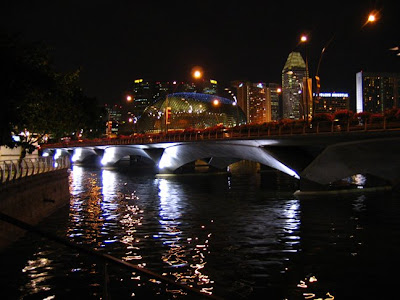 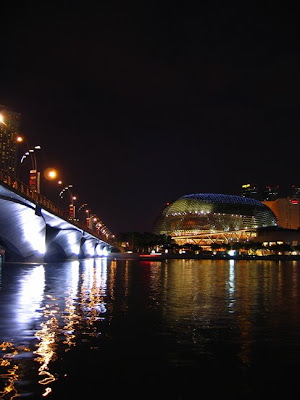 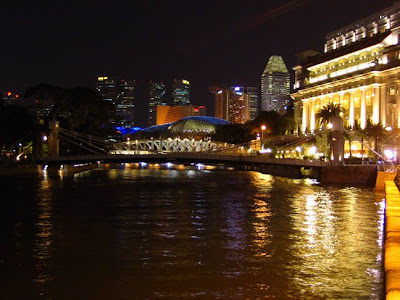 Posted by stROZze at 7:15 AM No comments:

This is the newest hotel in Melaka. Located near the sea and Melaka river, this hotel is not very far from the historical area of Banda Hilir and shopping complexes around Padang Pahlawan. Though located over 200km from Singapore, visitors can still watch Singapore TV channels, in addition to local and satellite channels.

Personally, I really like swimming which is located above the floors and is facing the longest straits in the world, Malacca Straits. You can feel breeze from the sea while swimming here. Really calm and tranquil. 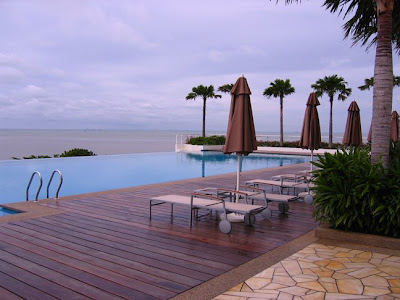 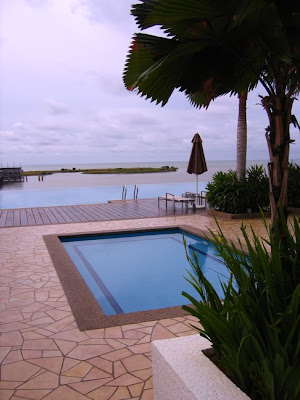 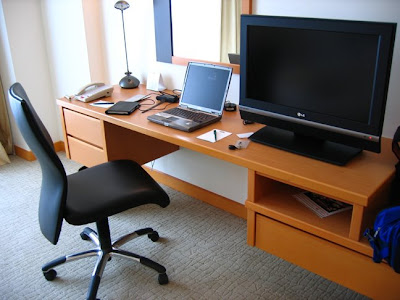 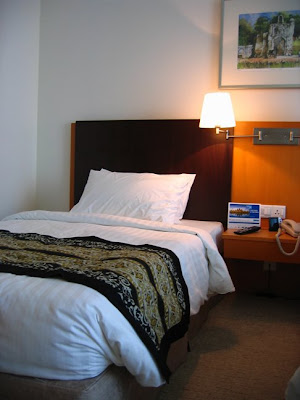 Posted by stROZze at 7:06 AM No comments:

This is the famous Penang's prawn noodle or mee udang. Located in Sungai Dua, Penang (main island side), this eating place is easily reachable. Just exit Sungai Dua exit along North South Highway, from KL/Penang Island, turn to the right at the first traffic light. After that, just drive straight and go straight again at the second traffic light. When you see a bridge which at the end you reach a corner, you notice a small lane on you left hand side, now you already reach the place which can even be seen earlier while on the bridge.

You can choose how many prawn for your ingredient and the noodle is served in two types, either gravy one called mee rebus or fried one called mee goreng. Personally I choose mee rebus because it's tastier. 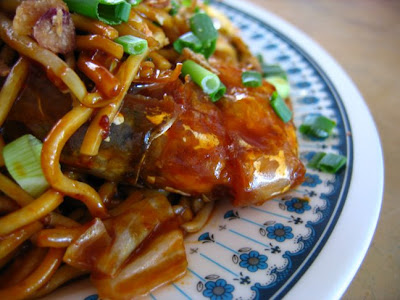 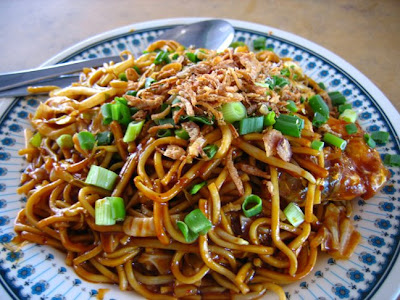 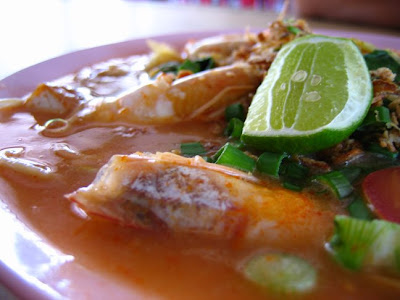 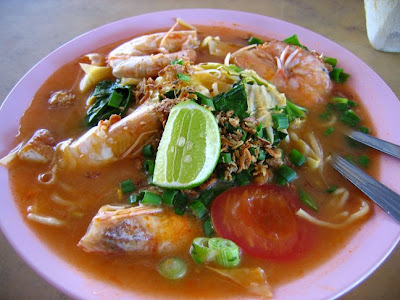 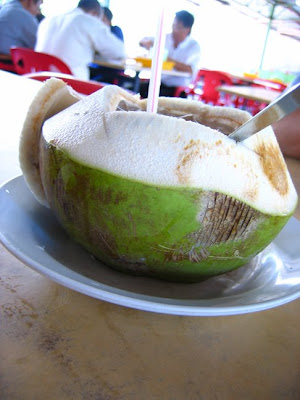 Coconut drink.
Posted by stROZze at 8:53 PM No comments:

Panoramic view of Singapore's famous Merlion. Designed by Fabrice Jiew for the Singapore Tourism Board in 1964, the name comes from mermaid and lion. The creature recalls the story of Sang Nila Utama who saw a lion while hunting on the island. This icon is located at Merlion Park, facing Singapore River and also Esplanade which is located on the other side of the river.
Posted by stROZze at 12:00 AM No comments: